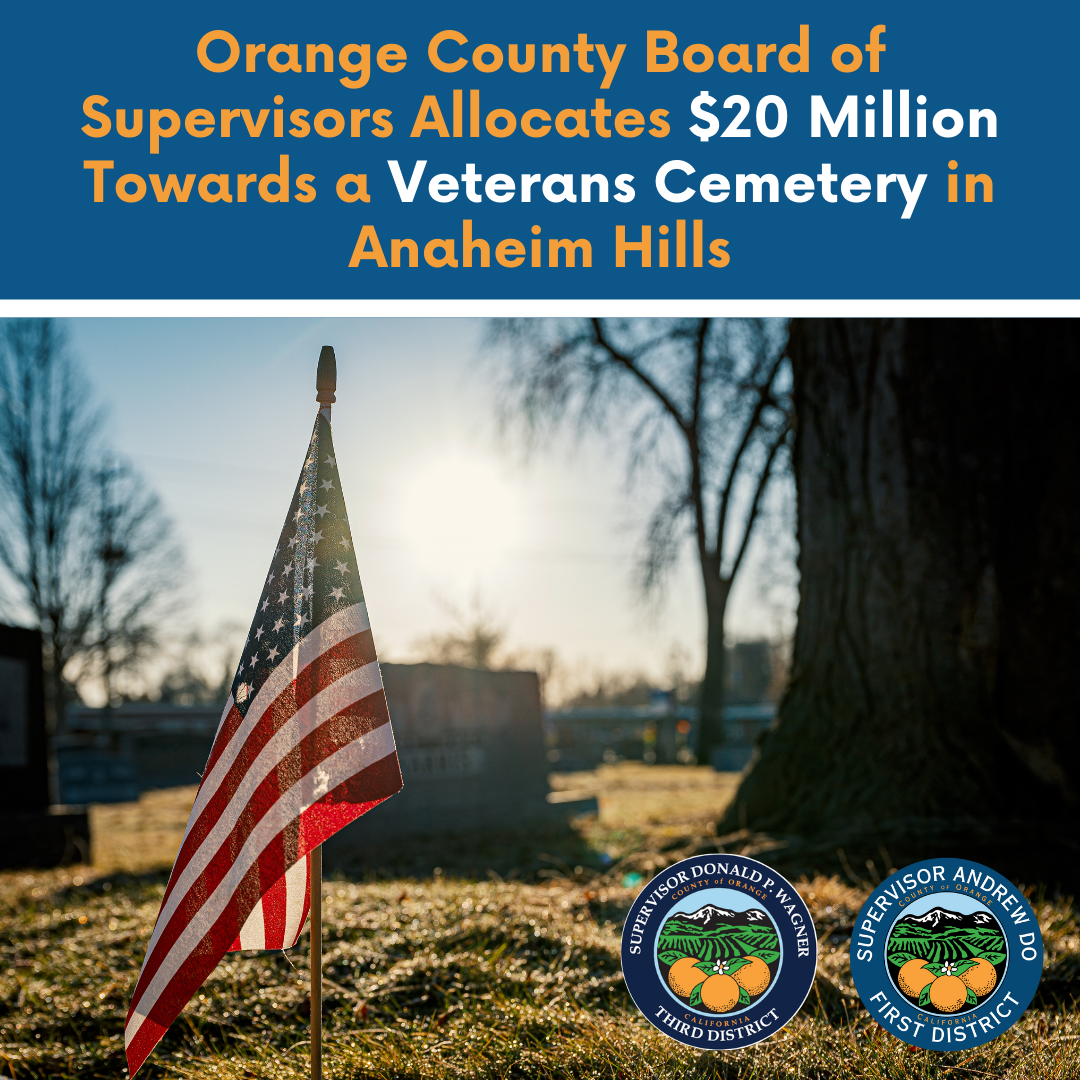 A decade-long battle over where to build a Veterans Cemetery in Orange County has finally reached bipartisan support for a site in Anaheim Hills.

“Our brave service members deserve our utmost honor and respect,” said Supervisor Do, Chairman of the Orange County Board of Supervisors. “Their selfless devotion and sacrifice in the service of our country represents one of the greatest virtues that exist in our society. We don’t have a lot of time, so we must act swiftly to give Orange County veterans a proper place to rest.”

“Irvine has failed politically but a consensus has been reached with the Anaheim Hills site. Orange County is home to over 100,000 Veterans, and our Board stood up for them today,” said Supervisor Wagner. “We must move forward because the clock ticks for a generation of men and women who sacrificed so much for us. Local families may soon have a place to pay respect to their loved ones, and it’s high time we fulfill the honorable request for a dignified cemetery.”

The 280-acre parcel in Anaheim Hills is supported by the County, Anaheim City Council, and various Veterans groups. The site is located off the Gypsum Canyon exit, between the 91 Freeway and the 241 Toll Road overlooking Yorba Linda.

The State will have title to the land and the Orange County Cemetery District will run the adjacent public cemetery while under state purview. Although it will be a State cemetery, some Federal funding is expected.

Congressman Lou Correa submitted a letter in support of the Anaheim Hills site. Now that local commitment was demonstrated at the County, the next step is getting State funding by working with our delegation in Sacramento. The community is also encouraged to contact their local legislators to advocate for the State to fund the Anaheim Hills site, so we may see a dedicated Veterans cemetery in Orange County soon.