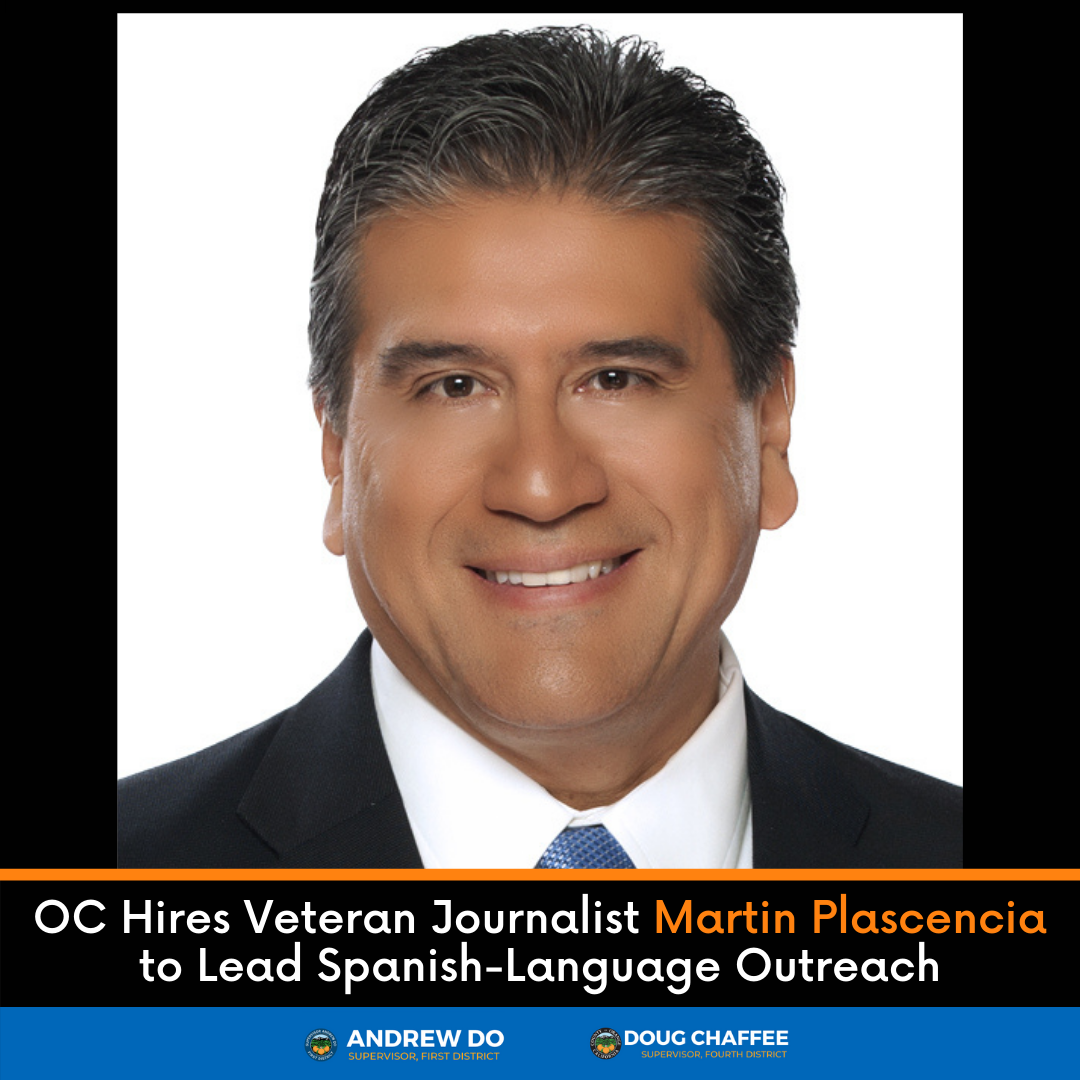 As part of its new language access policy, Orange County has hired Martin Plascencia to lead its Spanish-language communications and outreach efforts.

“The pandemic has only deepened language access issues,” said Chairman Andrew Do, who authored the County’s Language Access Policy last April. “Now more than ever, we must reach every community and neighborhood in Orange County.”

Nearly half of Orange County adults (46 percent) speak a language other than English at home, according to the 2019-2020 Orange County Community Indicators Report, with a quarter of the overall population native Spanish speakers.

In an effort to directly reach our Spanish-speaking communities, the County brought on board a prominent figure in the Latino community.

“For more than 35 years, Martin Plascencia has worked as a trusted journalist reporting on Southern California,” said Chairman Do. “We’re honored to have him as a member of our communications team.”

“Martin Plascencia is bringing a wealth of knowledge and working experience in Spanish media to the County of Orange,” said Vice Chairman Doug Chaffee. “His insights into the Latino communities and ability to act as a trusted messenger are vital assets to us.”

Martin Plascencia worked as a news reporter for Telemundo Channel 52-Los Angeles for 20 years. While in that role, he oversaw the Orange County News Bureau for 15 years. Although his career has allowed him to report on landmark events for more than 35 years, most of his career has been reporting the daily stories of Latinos living in California.

In 1987, Plascencia joined the radio industry as a breaking news reporter for Radio KALI-AM, the only Spanish language radio station with field reporters in Southern California. At the same time, he was a correspondent for “Enfoque,” a PBS weekly Spanish language news radio magazine.

Plascencia attended Preparatoria No. 2 of the Universidad de Guadalajara. He continued his education in the United States where he graduated from East Los Angeles College in Social Science and Journalism. He attended Cal State University Los Angeles, where he studied Sociology for a year and a half. He has been invited and has participated in several occasions as a Professor for the Extension Program of Spanish Language Journalism at UCLA.

“As a reporter, I deeply enjoyed covering the most up-to-date news stories for our Spanish-speaking communities,” said Martin Plascencia. “Now, I have the opportunity to do the same, but from another lens. It’s important for the Latino community to get the most accurate information when it comes to resources, programs, and all COVID-19 related information. It’s an honor to be part of this effort.”

Plascencia will be working closely with the County’s Office of Communications to ensure that a Spanish voice is being represented in the most diverse County.

Yesterday, the OC Health Care Agency announced the Othena website is now available in Spanish, with other languages to follow. 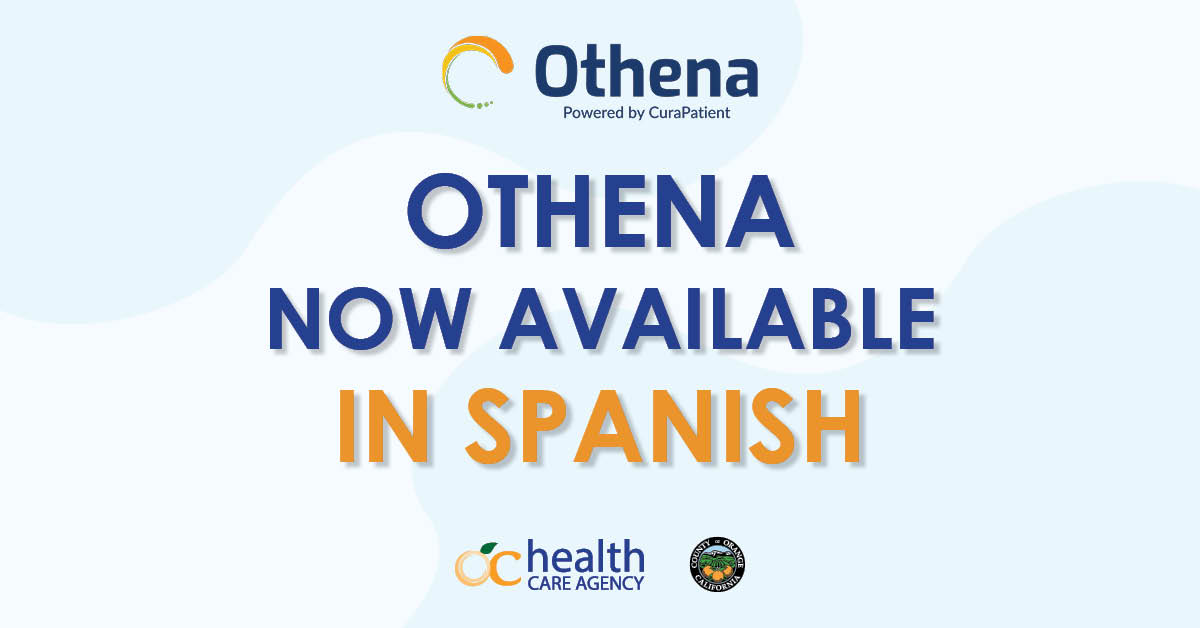 Orange County Chairman Andrew Do represents the First District communities of Santa Ana, Garden Grove, Westminster, Fountain Valley, and Midway City. One of the first officials in the state to propose a face covering mandate, Chairman Andrew Do is advocating for science-based COVID-19 policies. In addition to health and safety-based COVID-19 response planning, he has reformed Orange County’s mental health services, expanded access to health care, and led efforts to combat homelessness.

Orange County Vice Chairman Doug Chaffee represents the Fourth District, which includes the cities of Fullerton, La Habra, Brea, Placentia, and portions of Anaheim and Buena Park. In his first term, Vice Chairman Chaffee has combatted homelessness by supporting the creation of and allocating funding to the Buena Park and Placentia Navigation Centers and has spurred economic development by reinvesting $14.5 million to small businesses in the Fourth District.