On June 12, 2015, Supervisor Andrew Do held a ceremony for the unveiling of the Ronald Reagan statue at Mile Square Park. Among the participants were officials from Fountain Valley, Westminster, Santa Ana, and more! 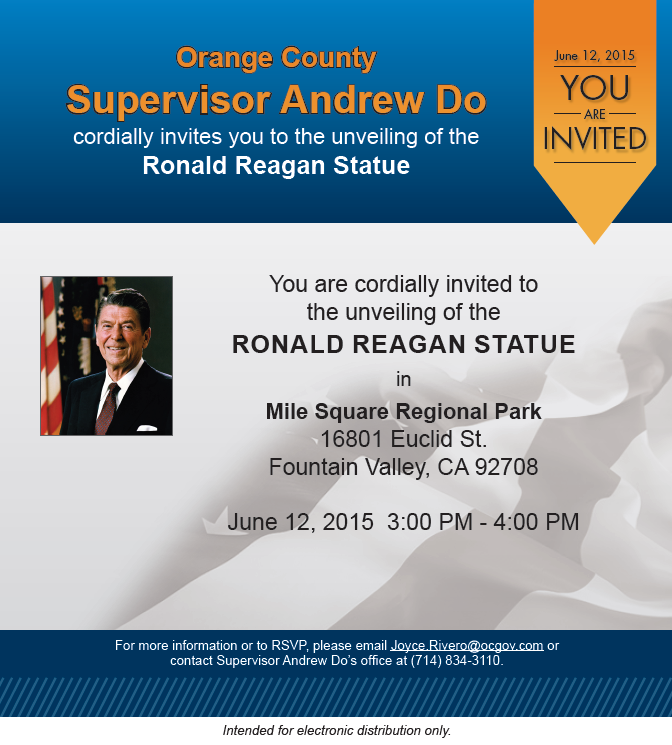 Ronald Reagan was the 40th President of the United states who is known for the economic prosperity he brought to the nation and his goals to achieve "peace through strength" abroad.