At a special meeting of the Orange County Board of Supervisors, a unanimous board approved Supervisor Andrew Do’s plan to turn the Santa Ana Transit Terminal into a transitional homeless shelter. 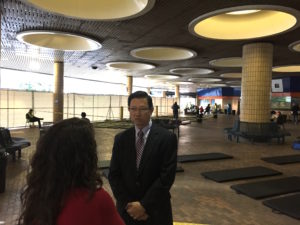 “Our community is tired of talk; Orange County wants action,” said Orange County Supervisor Andrew Do, who has made tackling homelessness his primary focus during his eighteen months on the board. “By turning this transit terminal into a homeless shelter, we are creating a safe place to help Orange County’s homeless get off the streets and onto a productive path.”

Supervisor Andrew Do first announced the proposal during an August 31st interview on KFI AM 640’s “The John And Ken Show.” Under Supervisor Andrew Do’s plan, the new transitional homeless shelter will offer a range of services, including: 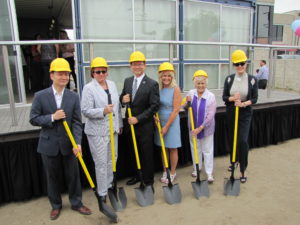 Supervisor Andrew Do is setting an ambitious goal to have the transitional homeless shelter up and running within 30 days. He’s confident that the county can deliver on its promise, in part, because it has done it once before.

In advance of the El Nino storms, Supervisor Andrew Do succeeded in fast-tracking the transformation of the same facility into an emergency El Nino storm center, which provided food and shelter over more than 4,000 visits during the winter.

“We can have this homeless shelter up and running by the end of the month,” said Supervisor Andrew Do.

Just two years ago, a unanimous Santa Ana City Council, including Councilwoman Michele Martinez, blocked the county’s proposed shelter on Normandy Place by imposing a blanket 45-day moratorium on all new homeless shelters in the city.

With nowhere else to go, the homeless encampment at the Civic Center has grown, while conditions have worsened. Over the past two years, the county has taken steps to improve the conditions. As recently as three weeks ago, the county installed new bathrooms, providing 24-7 access for homeless individuals.

Last fall, Orange County Supervisor Andrew Do first proposed a social care coordinator, or homeless czar to cut through bureaucratic red tape and improve existing services. That position was filled in May – with the appointment of Susan Price.

In May, the Orange County Board of Supervisors also voted to open the competitive bidding process for an operator for the county’s first permanent, year-round shelter and multi-service center, which was unanimously approved by the board in November. The new shelter will provide shelter to 200 people, with supportive services available to help the homeless with everything from employment to mental health care.

Orange County has also partnered with local lawmakers and non-profit organizations to expand assistance programs and maximize mental health spending. In April, American Family Housing announced that, thanks in part to the county’s assistance, it was receiving $1.7 million for a new veteran housing project in Midway City. Expected to open in November, Potter’s Lane will provide housing and wrap-around services to homeless veterans.

In June, the Orange County Board of Supervisors moved forward with an application for an innovative pilot program focused on “whole person care.” If selected, the county and federal matching-funds would allocate $23.5 million to provide targeted wrap-around services to at-risk groups.

“Orange County is committed to getting people off the streets and onto a productive path to self-sufficiency,” said Orange County Supervisor Andrew Do. “And we continue to look for more ways to help.”